Magazine > A second life for industrial heritage sites in Europe 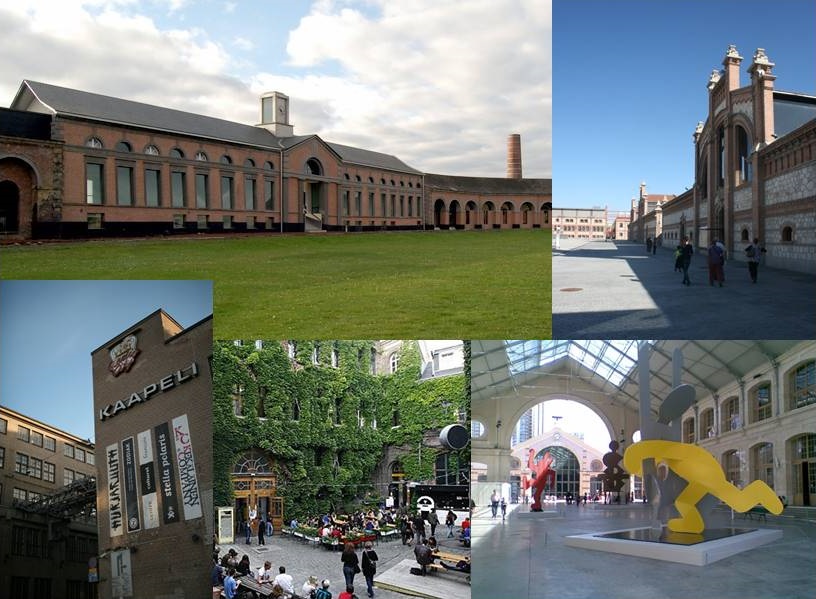 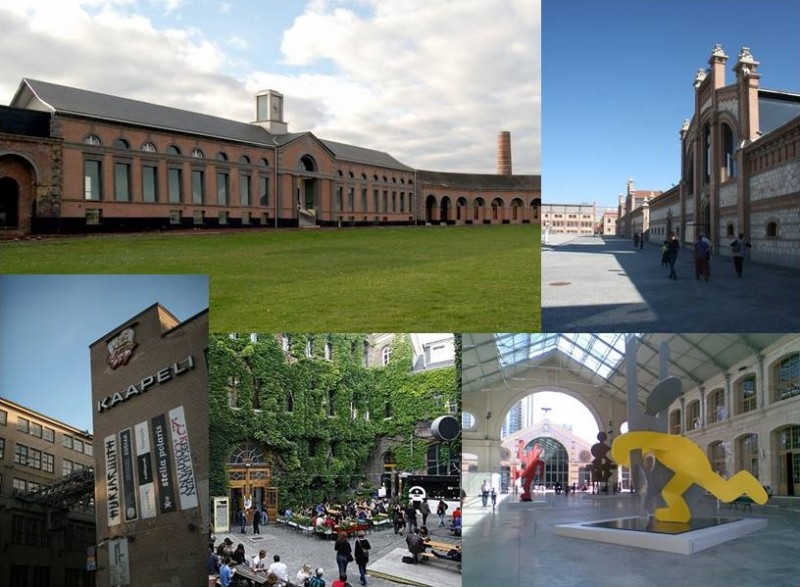 Since the beginning of the seventies, the drastic decline that some entire branches of the European industry had to suffer (and are still suffering today) has, among many societal and economic consequences, left vacant a significant number of buildings, production sites and former working places, with some of them entirely abandoned. This phenomenon is visible in many cities and towns across the continent and soon appeared a will to revive, enliven and rejuvenate some of these sites.

The idea to turn some of them into multipurpose and cross-disciplinary cultural centres has developed across Europe, with the hope to see culture work as an efficient tool, allowing wide sites and their surroundings to enjoy a new input and get back on the scene. Some of these projects have also been included in wider urbanisation renewal projects led by cities in order to improve living conditions and, broadly speaking, their image.

This trend, quite representative of the European cultural development in the last three decades, has often been questioned through different kinds of criticism such as:

The discussion is still on-going and gets attention in the news whenever the future of emblematic or famous industrial/working places is at stake, the controversy on the future of the Battersea Power Station in London is an example of this.

The following spaces show that most of the projects are public-orientated, and prove, if needed, that considering the geographical and urban environment of European cities, culture is one of the most effective tools to revitalise entire urban areas and give them a second chance: 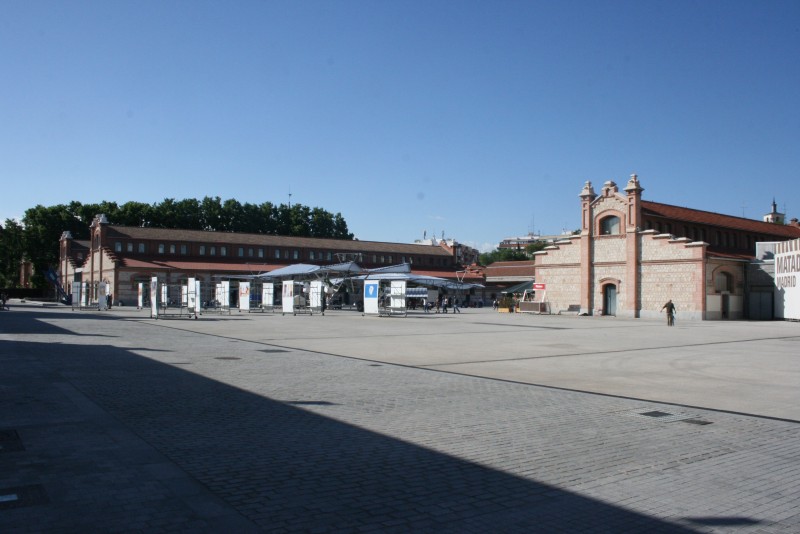 Matadero is a vast complex situated in the southern part of Madrid, just by the Manzanares River. Formerly a slaughterhouse and meat market, it was inaugurated in 1924 and remains today a remarkable example of industrial architecture in the Spanish capital. The process to turn the place into one of the most dynamic art venues of the country started in 2006, with the support of Madrid City Office, coupled with a larger renovation project of the banks of the Manzanares River in order to turn them into parks and promenades (Madrid Rio).

The centre also organises residencies, provides grants for artists and shelters a creative incubator and hub (Factoria Cultural) for structures working in the fields of technology, communication and the arts.

Ten years after its opening, Matadero is a genuine success, open to all kind of artistic expressions, and inclusive of all audiences, drawing people from afar. 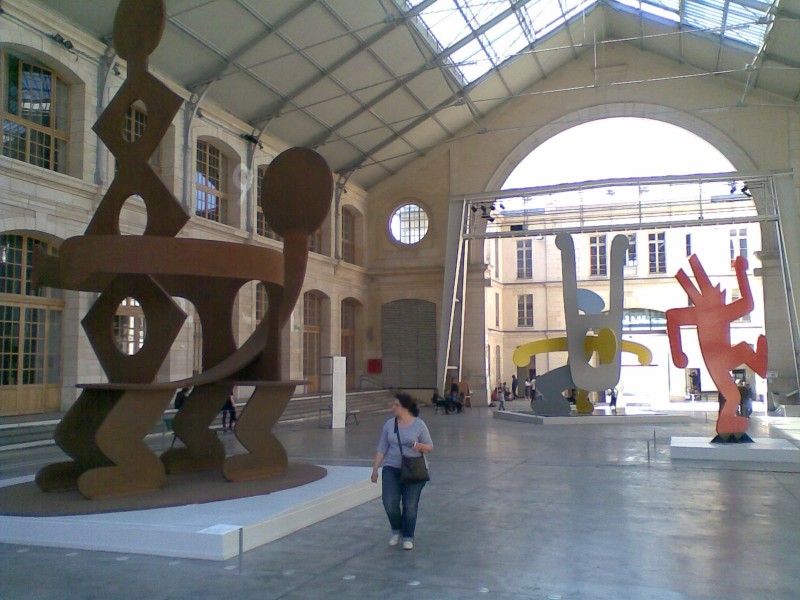 The 104 in Paris has, in a way, a similar story as it enjoys strong official support from local authorities (Paris City Office). This cross-disciplinary art centre found its place in a former funeral hall built at the end of 19th century. The centre is located in the north-eastern part of the French capital, a working class area that was so far out of the culture map.

The centre welcomes various programmes of dance, theatre, music, cinema and visual arts, with most events created and produced by artists welcomed in long-haul residences. An important part of the initiatives launched there aims to include neighbouring inhabitants in the making process of activities and the place stands for being a laboratory for ideas, innovation and collaborative experiments when it deals with the making of cultural programmes.

The Grand-Hornu is a former mine pit located near the town of Mons, in Wallonia (the French speaking, southern part of Belgium). This vast industrial site, spanning over ten thousand square meters, was built in the beginning of the 19th century. In the mid-fifties, the site closed down and then started a long period of uncertainty regarding its future: the precincts were abandoned and their destruction planned. In the 80’s, the site became the property of the Hainaut province. The support of this public entity, combined with the one of the Fédération Wallonie-Bruxelles, boosted the place into new heights, peaking with the recognition of the Grand-Hornu as a World heritage site by the UNESCO in 2012.

Today, the premises gather institutions whose ambition is to foster the encounter of the largest audience with industrial heritage and the most contemporary aspects of creation, with a museum of contemporary arts (MAC’s) and the CID, Centre d’Innovation et de Design, which aims to promote and illustrate new trends in design, architecture and graphics through exhibitions and mediation programmes.

What was once one of the most important industrial sites of Belgium, fallen into decay, the Grand Hornu is today one of the most remarkable cultural hub of contemporary Belgium. 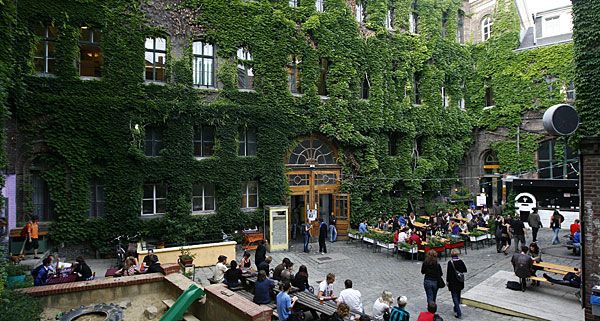 Wuk is a former locomotive factory opened in 1855 and settled in the north of the Austrian capital, just nearby the Volskoper. It was turned into a cultural place in the very beginning of the 80’s, being squatted by a group of activists after having fallen in a state of decay.

Wuk stands for a social approach, promoting an inclusive vision of culture, and clearly poses itself as a tool for the surrounding community to create wellness and social links. It proposes a rich programme of live music, performing arts and has a Kunsthalle dedicated to contemporary art. It places emphasis on programmes for children and the elderly, the mission of social gathering of cultural programmes, and the presentation of independent art scenes.

The place plays its role of a home for varied forms of creation proposing long-term residences and workshops, and renting ateliers or rehearsal rooms. 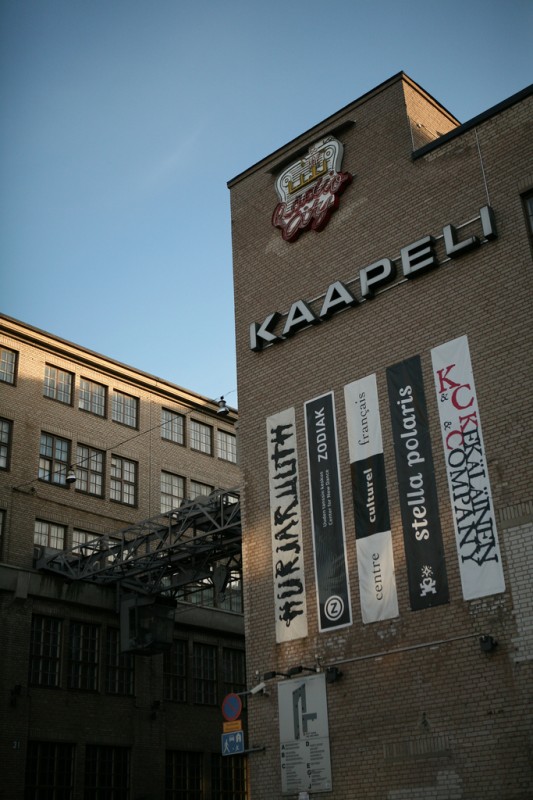 Kaapeli is a former cable factory completed in 1954. It has been for at least four decades a production site for Nokia Corporation. It is located by the seashore in the western district of Sallmisari. The city of Helsinki owns the place that now functions as a multimodal cultural centre. It houses three museums, twelve galleries, theatres, arts schools and provides spaces for artists, creative industries companies and music bands. It hosts a vast range of structures representing almost all artistic disciplines, such as the Centre for New Dance, design agencies, records labels, a museum of theatre, the Institut français in Finland, The Finnish Museum of photography and many more features, forming a genuine creative hub with impressive dimensions.

The city of Helsinki has made the decision to unfold a new venue in the Eastern part of town (Kalasatama district), turning step by step the impressive Suvilahti power plant, which provided gas and electricity to the city during a century, into an artistic centre around the themes of circus, architecture and open-air music events in close connection with this mission. The place is now the home of the biggest circus school in Finland. The Suvilahti cultural centre is part of a wider renovation project for the entire Kalasatama area, where a plan to turn a 1930’s red brick abattoir into a centre for food culture is currently in the making.

One of the note-worthy points among all these initiatives is that most of them benefited from a strong municipal and regional support, but more than this, their success relies on several common features:


The future of industrial heritage is a challenge common to many cities scattered across Europe and beyond. Culture is definitely a valid option to give this heritage a new chance and sometimes initiate a real “resurrection” not only for the building but for the whole urban areas around it. The ultimate reason to live and grow for these places is to be lived and enjoyed by the citizens.

Other interesting sites in Europe:


Florent Petit is a former project officer in the cultural unit of the French Embassy in Japan. He holds a Master’s degree in Art History from the Sorbonne University in Paris and in International Relations from the Institute of Political Studies of Lyon. Former lecturer of Chinese, Korean and Japanese art in the Ecole du Louvre in Paris, he has occupied several curatorial positions in museums in France (Asian Unit of the Musée du quai Branly, Paris) and Luxembourg (Mudam, Museum of contemporary art, Luxembourg City).