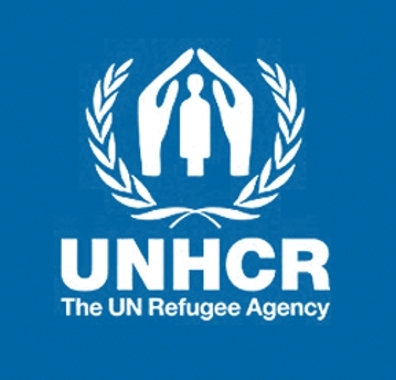 This month, Sea-images meets with Kirill Konin, the director of the Refugee Film Festival, who recently visited Paris. The Refugee Film Festival is organised by the UNHCR (United Nations High Commissioner for Refugees) representation in Japan and hosted its first Japanese edition from July 20 to 27 in four different venues in Tokyo.

Kirill Konin, could you tell us about your personal background?

I have been running around in Asia since 2000 and lived in Taiwan, Thailand and Cambodia, and Japan is my base work-wise at the moment. And of course, I travel often in other parts of Asia.

What brought me to Asia in the first place was my personal interest in Asian culture and art. The longer I live in Asia, the more I feel drawn.

The project I am working on now, the Refugee Film Festival, started in Cambodia. But as I moved to Tokyo, it's now based there, but it is a travelling event since in its vision, it has to travel to different Asian countries. The reason for it to be in Asia is partially because of the topic. There are a lot of refugees who come out of Asia or who moved from one Asian country to another. So it's a topic directly related to Asia.

Is there any legal or official definition of a Refugee?

There are many definitions, and there are stereotyped ones too.

According to the legal definition of UNHCR and many countries that accept refugees, such as France and some other European countries, a refugee is a person who leaves his country because he is persecuted on the ground of his political or religious believes, affiliation with a particular social group, or his nationality or ethnicity.

There is quite a big mixture of economic migrants and legal refugees. There are also many refugees who had to move out because of war conflict in their countries. A lot of refugees actually do not want to leave their country since when one moves to another country, it's never easy to adapt oneself to a new life, a new society and new cultures.

The films that we show are the stories of people, of a single mother, of a group of musicians from Africa or a group of Tibetan refugees in India, who were forced to leave their country.

Can you tell us how this project of Refugees Film Festival started?

In June 2005, it was the first Refugees Film Festival as we started it. There is no high culture of going to cinema, and Cambodian cinematography is in its sort of baby step, and there are not so many film festivals in this country. Actually, it is one of the main reasons to have one there, so that we could contribute to the development of a cinematographic culture.

After the Khmers Rouges time, hundreds of thousands of Cambodian refugees settled down all over the world, in France in particular where there is an important community, also in the US and in other part of Europe and North America.

The idea of the festival was and still is to show films about refugees and films made by former refugees.

In the first edition, we had films by two important directors, who were themselves former refugees. One was Roman Polanski from Poland, and the other one was Rithy Panh, a Cambodian-French filmmaker. We had a total of 20 films during a week focusing on refugees from Africa, refugees in Europe, but of course, the core of the programme was Asian refugees either in Europe or in North America. We had several films about the Cambodian community in France.

You recently moved to Japan to organise the same event. Why did you choose Japan? Maybe one could think that the refugee concept is more abstract for te Japanese audience?

It's true that the Cambodians can relate themselves better to the issues of refugee than the Japanese. But that is exactly the purpose of the festival. The purpose is a free stage for filmmakers and refugees to show their stories, the stories of people who happened to be refugees. I want to get across this message in this country since surprisingly in Japan, there are a lot of people who came as refugee, but many of whom are not accepted as refugees. Japan gives a lot of money for the international development, and it's one of the major donators for the UNHCR. But the actual record of acceptance of refugees into the country is extremely low. The aim of our festival is to show that the lives of these people are not different from yours and mine. There are a lot of misconceptions and stereotypes that exist, not only in Japan, but also in many other countries. People who come as refugee are often depicted as a burden, but in reality, a lot of refugees contribute to the society of the host country.

In Japan, integration is still lacking, and that is why we're doing the event there.

Was it difficult to set up such an event in Cambodia and later in Japan?

It's a lot of work wherever you do it. It's a lot of lack of sleep, but lots of fun too. When you see people after screening coming up to you and saying things like: "I've never seen films like this, I see things differently now. I understand why people come to my country, why they have to leave their country", this is very rewarding.

I remember a screening, the screening of our opening film, actually. It was a film from Sierra Leone called Refugee All Stars. We had to turn people away because the venue was more than packed. There were people standing and sitting on the stairs. After the screening, one of the audiences said during the Q&A that he was from Sierra Leone and had been living in Japan for 16 years. When he said that, a lot of people were surprised. It was so powerful. Another audience from Sierra Leone, who had also been living in Japan for many years, said that he wanted to go back to his country after seeing the film. It's tough to organise a film festival, but it's really rewarding to see people change their attitudes.

What's your future plan with your festival?

We had several offers to do the event around and outside Japan.

The festival is as I said a travelling event.

Right now, things are being discussed, to bring the festival in Taipei, Singapore, Hong Kong, and Sydney. In Japan, I am doing two events in different prefectures outside of Tokyo.

In Europe, we're in discussion to set the event in Amsterdam and Hague, and hopefully in Paris as well.

There is a lot of interest in this topic in Europe. The uniqueness of our programme is that it shows a very realistic perspective of what a refugee is and different stages of being a refugee – before one crosses the border, while he or she lives in a foreign country as a refugee and after going back to his own country.

A lot of festivals show films on this topic, but when the programme is exclusively on the topic, you can bring a broader perspective to the audience.

Since Europe is the main destination for many refugees, such an event is needed here, and it would be helpful to present the works of former refugees based in Europe.