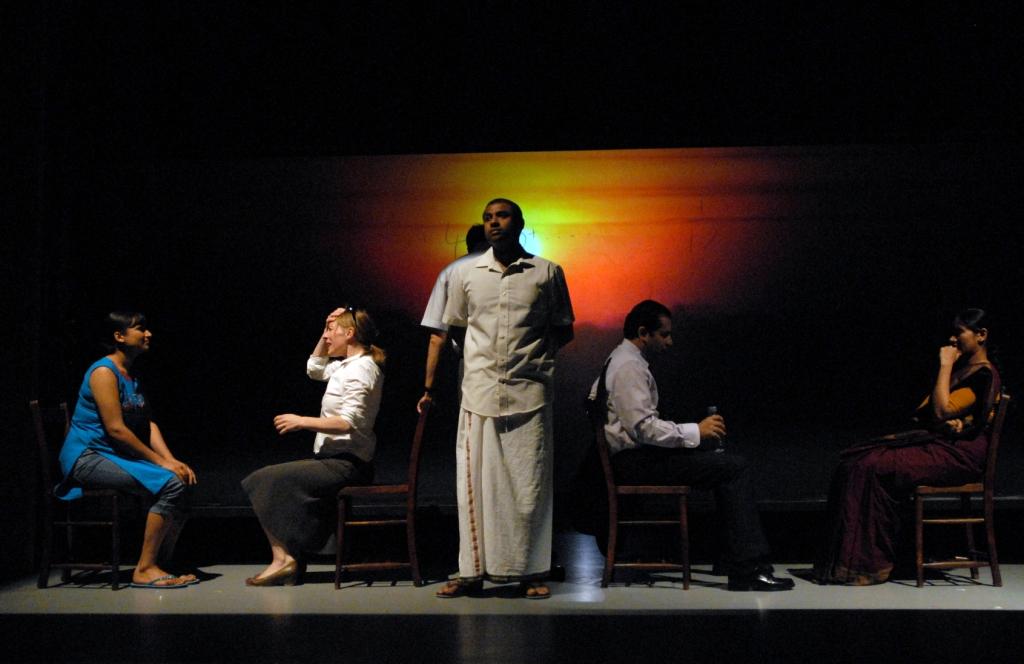 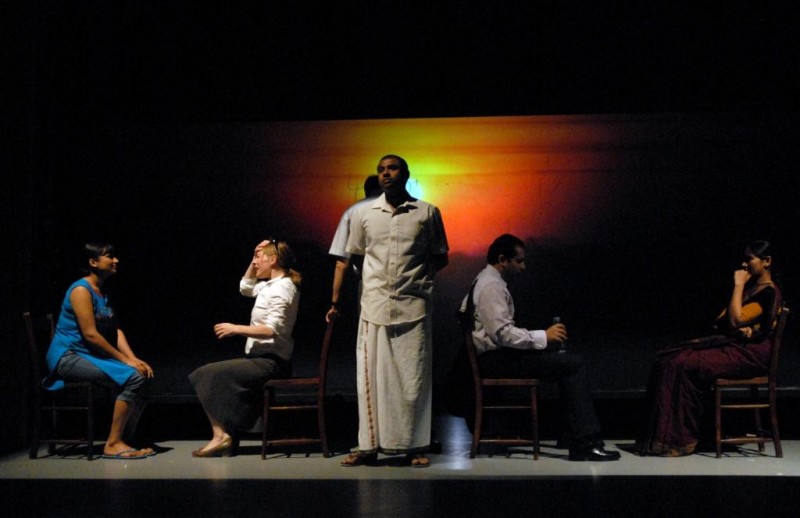 Complicite producer Judith Dimant describes the long process of setting up a tour to Mumbai with their theatre production about Indian mathematician, Ramanujan.

There is no infrastructure in India for performing international theatre on the scale of A Disappearing Number – we are 28 people on the road, with the technical gear of a major rock band.  But to bring the story of Ramanujan, one of the greatest mathematicians of the twentieth century became an obsession for Complicite.  Tenacity, belief, negotiation, commitment – it tested every one of my skills as a producer.

It was back in 2005 when we presented Measure for Measure (a production originally created for the Olivier stage at the National Theatre) to India that there was much talk of the story of Srinivasa Ramanujan – the Indian mathematician at the heart of our play ‘A Disappearing Number’.  People we met offered opinions on what to read, where to visit, whom to talk to – how to learn more about this mathematical genius.  Artistic Director Simon McBurney was hooked. A research trip was planned, followed by exploratory workshops and A Disappearing Number was finally on stage in Plymouth in 2007.

Our journey with India had actually begun in about 1998 when I was contacted by Sanjna Kapoor – a truly dynamic theatre owner from Bombay. Her grandfather was Geoffrey Kendal – the great Shakespeare Wallah and father of Jennifer and Felicity Kendal. Jennifer was Sanjna’s mother and it had been her vision with her famous film star husband, Shashi Kapoor, to create a theatre in Bombay. Jennifer tragically died of cancer in the 1980s and Sanjna carried on her mother’s ‘dream’ to see the completion and opening of the Prithvi Theatre.

The Prithvi is the most beautiful small theatre in the Juhu suburb of north west Bombay. It is remarkable in that it has a play on nearly every day of the year. It runs numerous programmes for kids of all ages; it has a bookshop, a café and is bursting with activity. It is a special place run by special people, mostly unpaid volunteers who love to be part of this theatre scene.

It was with Sanjna Kapoor that Complicite finally made it to Mumbai this summer.  Our commitment to seeing this piece in front of Indian audiences took over our lives and I’m sure that if it hadn’t we would never have got there. In 2008 we nearly made it – the British Council agreed to give us some modest financial support and Kapoor had found a major sponsor her end. But then it was the end of 2008 and the world economy crashed and the sponsor disappeared. It wasn’t to be. In 2009 Sanjna asked us again – but we weren’t touring the show. And then through Marcus du Sautoy (the renowned Oxford mathematician), we were contacted by the International Congress of Mathematicians and invited to play at the 2010 congress in Hyderabad. Everything was against us. There was no money in Hyderabad. There was no theatre in Hyderabad! We played in a barely built auditorium miles from the centre of the city. It was the monsoon. Mathematicians don’t present plays.

But at last, in August 2010, the production made it to India. It was our third attempt. I had remained in close contact with Kapoor and we spoke often on how we could bring the piece to India.  We faltered many times along the way and almost gave up as some source of income or other didn’t materialise.  We just kept on begging, calling, writing. There was no strategy at all behind our fundraising. We just tried everything we could. Between us, we cajoled the British Council into giving us proper financial support that made the trip possible. In India, Kapoor raised sponsorship from numerous big companies (Citibank, Tata Photon).  In London I wrote letters and filled in application forms and raised just under £100,000. Someone saw our campaign on the Complicite website and came forward with half of that amount. 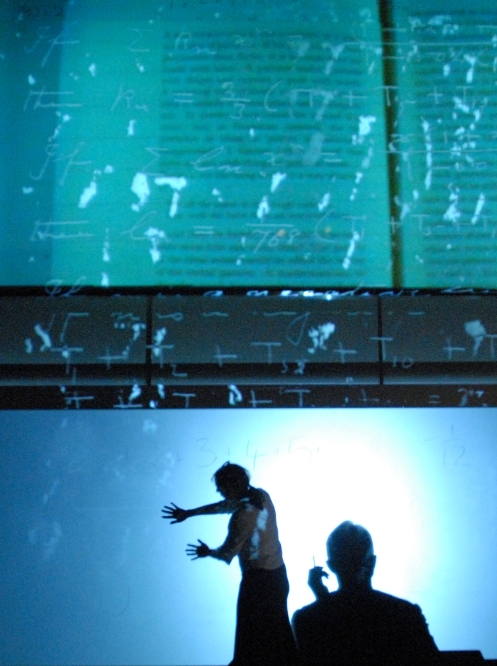 Kapoor presented us in Mumbai this summer.  The shows sold out. Ramanujan’s nephew came and hundreds of others. We were a huge success. This time the British Council supported us in a substantial way. They were very involved – financially and practically. They arranged talks and workshops in Hyderabad, Mumbai and Kolkata. We also ran a weeklong maths and drama workshop for primary school children organised by the Prithvi in Mumbai – led by two Complicite teachers/actors.

Making it to India was possibly the hardest thing we had ever pulled off. But it was worth it. To bring this story about one of the greatest mathematicians of the 20th century to audiences in India is without doubt one of the most rewarding experiences of my time at Complicite. Truly unforgettable – in every way.

Complicite's 'A Disappearing Number' will be broadcast live to cinemas worldwide from Theatre Royal Plymouth on 14 October 2010 as part of the National Theatre Live programme which broadcasts the best of British theatre live to cinemas around the world.

Check out the A Disappearing Number teaser on YouTube. 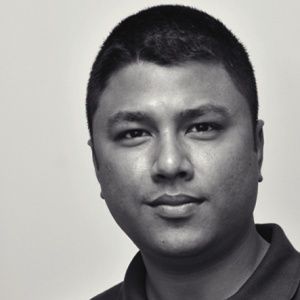