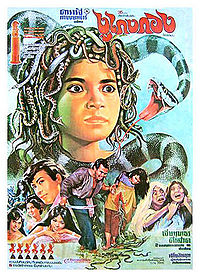 Cambodian cinema is yet to come out of its historical crisis of the 70’s. Cinema in this tiny part of the world suffered systematic dismantling at the hand of Khmer Rouge – the Communist Party of Kampuchea regime between 1975 and 1979. At the end of the three years, nearly all the national archives were destroyed. There were no cast or crew left to make films and the industry came to a standstill. Re-building in the 21st century has been a slow and difficult process. This article will discuss the different challenges faced by Cambodian Cinema – such as language, piracy, cheap production value and a 30 years civil war.

History of Cambodian Cinema: From the ‘Golden Age’ to Present

King Norodom Sihanouk launched the Cambodian film industry in the 1960’s. The films in this era featured the Kings’ family, his generals and ministers. The stories were mostly positive and encouraged a modern outlook amongst Cambodian audiences. Film scripts made strong references to Cambodian traditions and folktales. Popular amongst these films were the ‘King Snake Epics’ and stories from Buddha’s previous lives like Ly Bum Lim’s ’12 Daughters’, both of which are even now a popular genre in the Cambodian industry.  Ancient and modern novels were adapted to film scripts between 1960-75. Tumteav’- a poetic novel was used as a movie plot 4 times during this era. Romance and star-crossed lovers were an important part of the stories. Between 1960-75, Cambodia produced more than 300 films. A history of this period is described in Davy Chou’s film, ‘Golden Slumber’.  The ‘Golden Age’ till 1975 was the peak of Cambodian cinema and it ended with the Khmer Rouges regime during which no films were made in Cambodia.

After the fall of Pol Pot and Khmer Rouge in 1979, the Cambodian film industry needed to start from scratch. Cambodian films re-appeared in the 1980’s but they lacked the dynamism of the gone by era. They lacked both production values and strong scripts that resonated with the audiences. In the 80’s, social stories built around family relationships came to characterize Cambodian films, which differentiated them from the films from USSR and the neighboring Vietnamese films. ‘Horror films’ were the norm in the 1990’s. These films feature all kinds of ghosts, ghouls and monsters. Meanwhile, folktales still continue to be used in romantic and comic films. These films are marked by low production values. They are shot on low budget with DV camera, weak storylines, bad acting and no subtitles. Intermittently some good realistic cinema has also come out of Cambodia. Films like Poan Phoung Bopha's ‘Who am I?’ and Kao Seiha's “High school love story” about homosexual relationships or the loss of family values are both entertaining and informative. In the last three years, movies released in theaters feature a contemporary setting, showing young rich people driving Lexus, eating fast food and shopping in malls.

Cambodian film industry has historically struggled with star system, production values, business combinations and spectator approval. Cambodian films are criticized for trying too hard to please the public. By limiting themselves to set plots, they fail to be expressive and interesting. Both local and international Cambodian critics compare them to the well-made films of the 60’s and complain about the state of Cambodian cinema.

However the Cambodian film business is not the most lucrative for producers. It is difficult for a movie to recover its costs and make money within Cambodia. In absence of a clear intellectual property policy, market structure is largely informal. Most films are not released in cinemas and hit the home video markets first. VCDs are easily available in the market place and sell cheaper than theatre tickets. The VCD prints are poor.

Cambodian films are made in Khmer, the official language spoken by the majority of Cambodians. However, this makes it difficult to market them in other countries. Only a few production companies subtitle their movies in English and sell them abroad to Cambodian community in the United-States, Canada and Australia.

Exhibition opportunities in cinemas are limited for film producers. In the largest city of Cambodia, Phnom Penh, opening and closing of theatres is a regular sight. At the moment, there are three fully functioning places, mainly in malls and the city centers. Cambodian films struggle for exhibition at these cinemas with Hollywood productions, successful European movies, Chinese mainland cinema, Hong Kong films and Korean movies.

Despite its problems, Cambodia is trying its best to support its cinema. While a very rich and interesting cinematographic history does exist and of which Cambodians are very proud, the renewal of a cinematographic corpus is a real challenge. New initiatives are regularly taken by film co-operations and NGOs to promote film making in Cambodia.


The process of resurrection of Cambodian films is underway, even though a lot needs to be done before it reclaims its old Golden past of the 60's. Perhaps a Cambodian 'New Wave' is in order.

(with inputs from the Editorial)