Magazine > Beyond an Art Fair – part 1 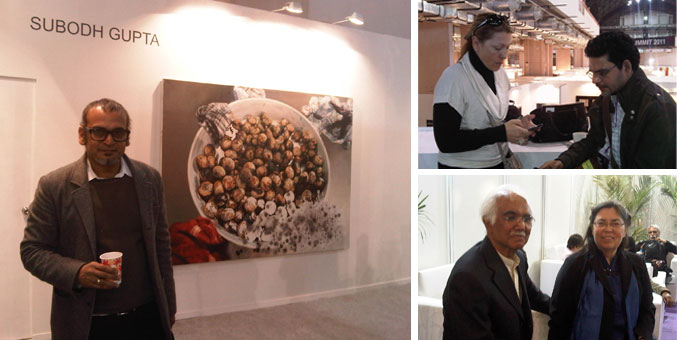 culture360.org contributor, Bharti Lalwani, was in New Delhi last month to attend the third edition of the India Art Summit.  In this first part of her article, she interviews the Founding Director of the Fair, Neha Kirpal.

The IAS, in its ambitious third edition, has proved its mettle as not just an art fair but as a “summit” indeed, facilitating a confluence of ideas, uniting local and international artists, galleries, critics, writers, dealers, owners and directors of private museums and art foundations, collectors, enthusiastic first time buyers, and art students under one banner. India’s only Modern and Contemporary art fair has grown exponentially, after only two years, in its scale and scope with its city wide program of artist studio visits, private viewings, and receptions hosted by collectors, galleries and cultural institutions.

Spread over a space of 8000 square meters, 84 galleries from 20 countries provided an unparalleled opportunity for the general public to see works of Anish Kapoor, Subodh Gupta, Bharti Kher alongside Picasso, Dali, Matisse and Damien Hirst. The participation of 34 international galleries, double the number that participated the year before, reflected a growing interest in the Indian Art market, and attested the spending power within India today. What impressed me most, however, was not the visitors’ jaw dropping display of wealth or the bundles of cash they brought in order to pay deposits to reserve their artworks (interestingly, IAS coincided with the seasonal spate of income tax raids, naturally, those rife with black money flushed it out at the fair). It was also not the number of red stickers that went up within the first four hours of the preview and it was not the fact that 80% of sales were to first time buyers. 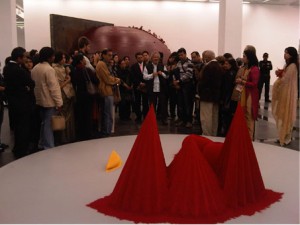 It was, in fact, three critical aspects: - First was the level of Private initiatives supporting contemporary art and artists, the second was the gargantuan education initiative taken by the fair organizers in lieu of discussion forums, the sculpture park, and guided curatorial tours for the public. The third was the overwhelming number of visitors who came in on the last two days making the Summit the most widely attended art fair in the world (128,000 as reported at the end). There was little advertising done in comparison to the trade fair happening in the next compound, no flags or banners at every step of the way, but the common man who would normally spend Rs. 200 (USD 4.35approx.) on a movie ticket had his curiosity piqued upon seeing well heeled individuals and a number of foreigners at the entrance of the fair. Of course the MF Husain controversy as reported in the media helped attract even those who would not normally be interested in art.

Basically, the organizers received a serious number of (phone call) threats from the uneducated Hindu Fundamentalists who have been protesting the (Muslim) artist’s freedom of expression which lead to his self exile to the UAE followed by a prompt renunciation of his Indian citizenship (good for you Mr. Husain- with my Indian passport, I still endure visa hardships!). As a result, the Delhi Art Gallery which dared to showcase Husain’s works for the first time at the fair, was advised to take down the paintings on the night of the Thursday preview itself. But as the adage goes, there is no such thing as bad publicity and once 17 armed officers in uniform as well as in plain clothes came on board, the paintings went back up the following Saturday and excited, queuing visitors could only view them under their strict vigilance. The hubbub still did not end when “almost Prime Minister” Sonia Gandhi decided to visit Husain’s work on the final day of the fair which imposed its own security headaches for the organizers. 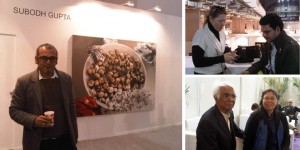 Among the attendees it was especially heartening to see crowds of children, especially young adults from the local schools, going to the gallery booths looking at the art and hopefully asking pertinent questions, perhaps taking in the variiety of art, from Picasso to  Anish Kapoor, for the very first time! In the Indian education system, art and art history are given little to no relevance to this day (I should know as I have had to endure it) and the only reason for any attention at all these days is due to the recent boom in the art market and the whiff of auction records of, particularly, contemporary Indian artists. In our inherent culture, the Indian bourgeoisie would still rather breed mathematicians and scientists (then export them to NASA) rather than nurture philosophers, artists or indeed poets as pointed out by philosopher Sundar Sarukkai during an interview with Hans Ulrich. But there is a seed of change sown in the form of the India Art Summit which is turning around that perception coupled with the initiative of a number of private individuals; at the forefront of which are Lekha and Anuppam Poddar who launched the Devi Art Foundation two years ago, and Kiran and Shiv Nadar who just inaugurated their new museum a day before the IAS preview. But before I speak of these private initiatives, let me elaborate first on the edification efforts of the fair director Neha Kirpal - who even provided around 60 students from a dozen art colleges from across the country, the invaluable opportunity to intern and conduct curatorial walks for visitors at the fair.

In a recent interview with The Times of India, she acknowledged that despite the vibrant cultural and artistic traditions that India possesses, there are very few quality institutions working towards preserving and perpetuating the arts.

“But paucity in terms of art has a wide connotation and is not just restricted to the university curriculum. It expands to neglected museums, limited career options for artists, art management and public funding...All of this needs to be addressed.”

And such concerns were indeed discussed in the Summit’s Speaker’s Forum which presented 40 internationally acclaimed speakers including Hans Ulrich Obrist, Anish Kapoor, Homi Bhabha, Hou Honru, Sheena Wagstaff of Tate Modern, eminent critic Geeta Kapur and theorist, poet and curator Ranjit Hoskote among many others. A wide variety of topics were discussed such as philanthropy in arts, India’s infrastructure and cultural policy, contemporary curatorial practices and the growth, shifts and challenges within the primary Indian art market. 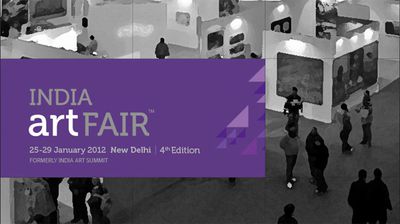 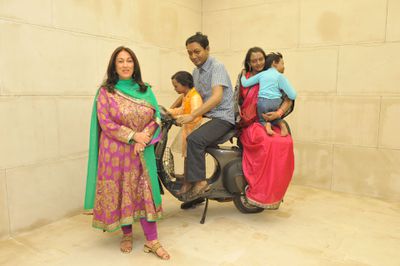 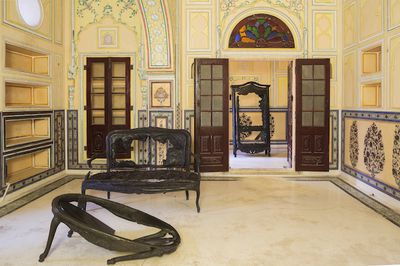 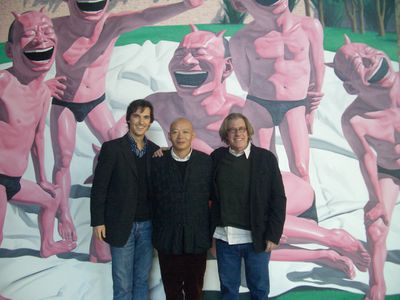