“Placing the human being with its sentiments in the middle of the project was a big risk, because it is not objective” says French curator Silke Schmickl of the Human Frames project, which was inspired by the archaic theory of “humours” to explore the universality of human emotions using film. Humours were four basic substances in the human body and imbalances supposedly led to diseases and disabilities. “One person can perceive a film as sad, while another as melancholic or even funny”, she adds.

Silke, who co-founded independent film label Lowave, was part of a team of curators who looked at hundreds of short experimental films from Asian and European film makers to select 72 for the film screenings of Human Frames, which took place from 17 to 20 February at independent arts space The Substation, Singapore.

Contemporary art exhibitions tend to be “centred on a specific topic, like border, the other, geopolitical identity”, but only a few dealt with “aspects of the human being, with its personal feelings”, continues Silke. While in the contemporary world ­– ruled by the Internet and digital media – individual emotions are no longer expressed in an intimate environment, but shouted out through Facebook, Myspace and other social networking platforms. Exploring the meaning of such experiences of human sentiments in experimental film, led the curatorial team to ask themselves “how international can human emotions be and are there specific differences from one country to another?”

Silke was joined by Stéphane Gérard from Lowave as well as guest curators Masayo Kajimura (Germany/Japan), Victric Thng (Singapore) and artistic consultant François Michaud (France). The expectations of the curators were exceeded by the “huge amount of films we received”, says Stéphane, making the selection “more complicated than initially thought”.

Human Frames is an international project oriented towards the human being. The films have an original character not just because they express an emotional state through interesting images, sounds or other forms of experimentation, but also allow the audience to form different points of view, for example, Madness can be seen as sad, political or funny. This led to some interesting surprises. Some of the film makers were amazed to find their movies in a different emotional category to what they expected.

For Stéphane, experimental film is a tool “to say something new about the world using new techniques”, experimenting with ideas, working with reality, different from traditional cinema. It is the reason why, for the Human Frames, the selection included films which were shot with a mobile phone, digital camera or other experimental techniques using celluloid reels, super-8 and 16 mm.

Another unique aspect of the project is that it allows a free ordering and does not frame the films to an emotion or another. Despite the curators’ control, the audience got to express their own judgement by the way each individual experiences or understands the message of the films. “It is a way to challenge the public, who might not like the films the first time they see it”, says Victric Thng, but they would engage in a debate or discussion to understand the message the film maker wanted to express.

The project has also been a chance for some of the artists to present their work for the first time on an international platform and for other to meet again and engage in new collaborations.

Human Frames is an “international meeting of different sensitivities” that helped to “build bridges between humans all around the world”, says Stéphane. The organisers hope to continue offering audiences emotions on screen and welcome art houses from Asia and Europe to programme the Human Frames Films Screenings. 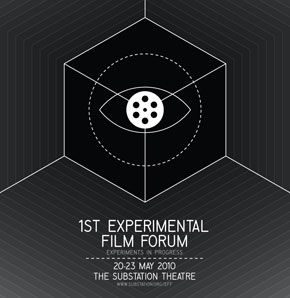